One-thousand horsepower, four-cylinder engines are today’s reality in import drag racing. This reality includes the leading-edge forced induction and engine-management technologies that make power production the easy part of building a racecar. Today’s performance engines are running at higher boost pressure levels and higher compression ratios than ever before. Understanding how both compression ratios and boost pressures affect performance is a key to maximizing performance from your street or race vehicle.

Without going into a lengthy explanation of internal combustion engine dynamics, your vehicle’s engine is a machine designed for energy conversion. Using a four-stroke cycle, a fuel-and-air mixing strategy and a spark for ignition, the internal combustion engine’s first task is to convert the chemical energy stored in the fuel into thermal energy (heat) through a process called combustion. The engine’s second task is to convert this thermal energy into kinetic energy in the form of horsepower at the flywheel. How well an engine can convert the heat (thermal energy) into power (kinetic energy) is quantified by an engine’s thermal efficiency. An engine’s thermal efficiency is highly influenced by the engines static compression ratio. 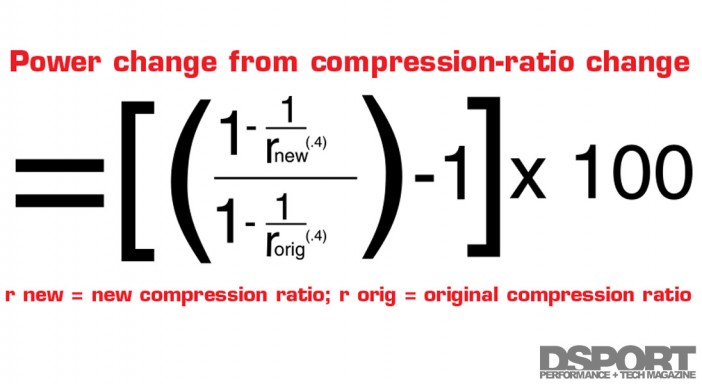 How much additional power can be expected with a higher compression ratio? The old-school rule of thumb is that each additional point that the compression ratio is raised will deliver an additional 4 percent power. In fact, more accurate projections can be found in the accompanying DSPORT chart. These values were obtained using the thermodynamics equation to establish the thermal efficiency of an Otto cycle engine.

Believe it or not, high-compression engines of the late ’60s, with compression ratios up to 12.5:1, had higher thermal efficiencies than many of today’s engines. For the same size engine, the older engine would have been more fuel efficient if they had the fuel, cylinder head and ignition technologies of today combined with the high-octane gas of the 60s. 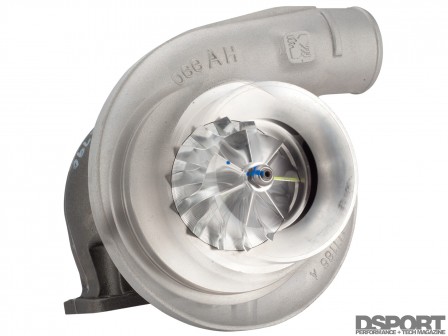 In dealing with naturally-aspirated applications, high compression ratios are the key to serious power levels. In dealing with forced-induction applications, it’s well known that increasing boost pressure on a properly sized turbocharger will increase power production (at least, to a point when the capacity of the turbo or fuel system is exceeded). Of course, the big downside to higher boost pressures is that the likelihood of encountering engine- damaging detonation also increases.

Fortunately, poor manifold and fuel delivery designs, as well as low-efficiency “blowers,” are not found on too many of today’s popular performance vehicles. Today, the average high-performance street or strip turbocharged four-cylinder race engine sports a compression ratio of 9.5:1, with some even running compression ratios as high as 11.5:1 or more on alcohol or E85. Modern technology allows our racing generation to get the best of both worlds. High boost pressures with high compression ratios.

The octane rating indicates the likelihood of the fuel to experience “knock.” Knock, the audible sound given to the condition, also goes by the names of detonation. Knock is detrimental to performance and reliability and it needs to be avoided. Knock occurs when the fuel-air mixture in the cylinder doesn’t experience an ideal burn (the process of combustion). An ideal burn allows the mixture to combust evenly initiating from the spark plug until all of the air-fuel mixture occurs. In a laboratory environment, the ideal burn will occur at about 100 feet per second in a vacuum. In the turbulence of an engine’s combustion chamber, good flame speeds may be up to 250 feet per second. During detonation or knock the burn rate will see a violent 2000 feet per second explosion instead of a burn. Burn rates are crucial to how pressure builds in the cylinder.

The burning of the air-fuel mixture results in a pressure increase. Ideally, pressure builds in the cylinder at the optimum time reaching a peak pressure somewhere between 17 to 20 degrees after top dead center. This allows the cylinder pressure to produce the most horsepower at the crank. When knock occurs, the pressure cycle within the cylinder doesn’t occur as desired. In fact when knock occurs, the original flame front and pressure wave from the desired spark-ignited front meet an undesired auto-ignited flame front. When these two pressure waves meet, the pressure oscillations produce a “knocking” sound. When knock occurs, power is reduced, while rod bearings, connecting rods, head gaskets and pistons may suffer slight damage or catastrophic failure depending on the severity of knock. Elevated temperatures generally result from knock and this can lead to preignition problems that cause the air-fuel mixture to ignite even before the spark fires. 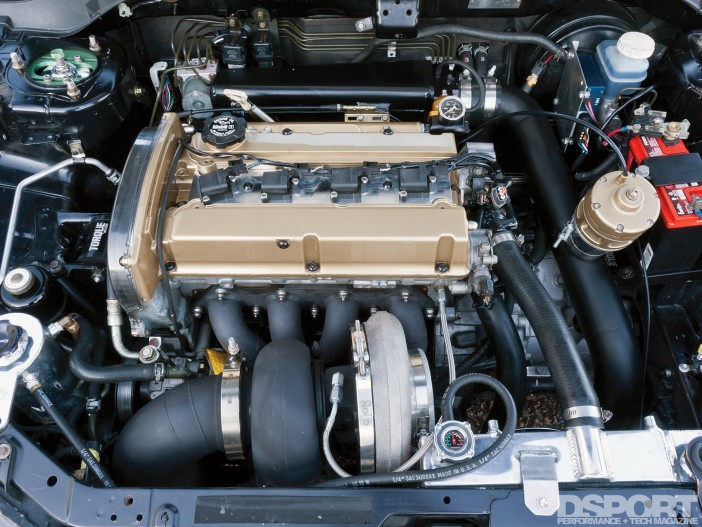 The general rules are simple. Naturally-aspirated engines will need a higher- octane fuel as either compression ratio is increased or ignition timing is advanced. Forced induction engines respond the same, but will also need higher octane as boost pressures increase.

You may have heard the following: “don’t use too high of an octane fuel or you will lose power.” This is a half-truth. Having a fuel with too high of an octane will not make your engine lose power. However, having a fuel with a burn rate that is too slow can make your engine lose power. In general, the popular components used to make the octane of a fuel higher also slow the burn rate. Of course, that is just a generality and it doesn’t hold true for all fuels.

Methanol has been used as an alternative racing fuel to race gas for a number of years. One advantage of methanol is that it can be run very rich without a significant drop in power. This can allow the tuner to use the fuel as a cooling tool in the tuneup. However, methanol packs only about half of the energy found in gasoline. Fortunately, you can burn about twice the mass of methanol compared to gasoline for the same amount of air. Depending on whom you ask, zero to ten percent more power can be made with methanol over racing gasoline.

There are significant tradeoffs for the power gains. First, methanol is highly corrosive. The entire fuel system must be methanol compatible and even then you will probably experience corrosive issues. It’s best to flush the system of methanol at the completion of the race. Methanol also requires twice the fuel delivery and storage capacity of gasoline. Your fuel cell or gas tank will either need to double in size or you’ll only be able to travel half as far. Injectors and fuel pumps will need to have twice the flow capacity of a gasoline setup as well.

Ethanol or ethanol-blends like E85 are now more popular than ever for street and racing use. Ethanol is the same type of alcohol found in alcoholic beverages. To avoid legal issues, manufacturers blend 98 percent ethanol with two percent gasoline to produce E98 or 85 percent ethanol with 15 percent gasoline to make E85. The advantage of ethanol is that it does not have the corrosive issues that you find with methanol. However, it does have a lower energy content than methanol. The Venom Racing team became the first import drag racers to run in the 6s running on ethanol as a fuel. 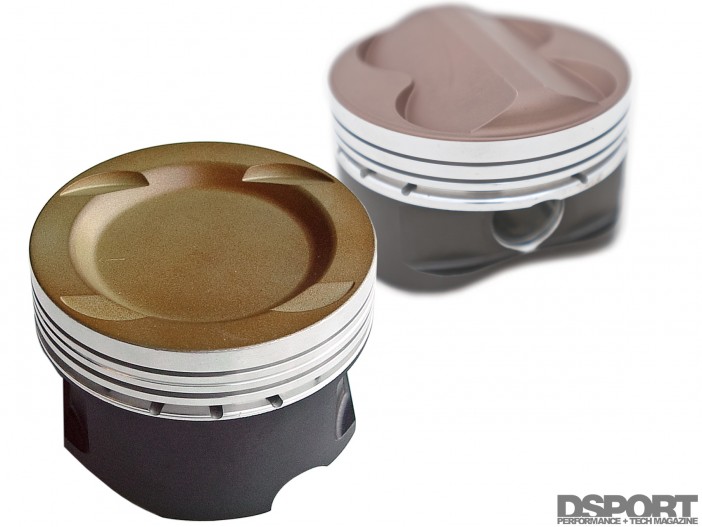 No. Don’t go out there and try to build a 17:1 compression ratio race engine with the boost pressure cranked up to 45psi. As the late Gene Humrich of Centerforce Clutches used to always say, “For every action, there’s going to be a reaction. And if the repercussions of the reaction are worse than the benefits of the action, you are going to get screwed.” So what is the reaction to the action of raising your compression ratio on a forced induction application? A combination of too much boost or too much compression will increase the likelihood of detonation. 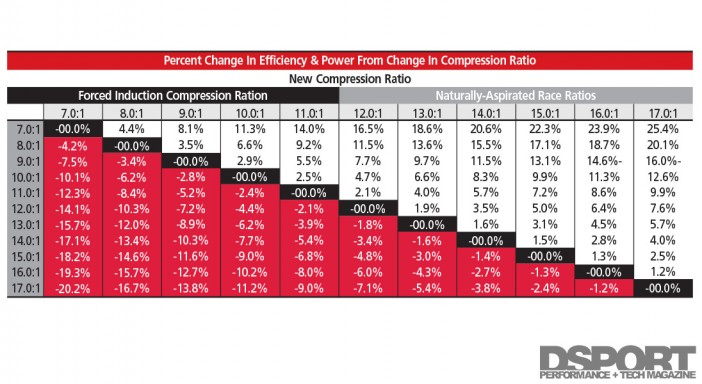 Technology is always developing and new rules replace old rules when it comes to performance. However, the relationship among compression ratio, boost pressure, detonation and fuel octane is one that will always remain. Understanding this relationship allows tuners to setup an engine to maximize performance for a given fuel quality.